Photovoltaic Panels on my Roof 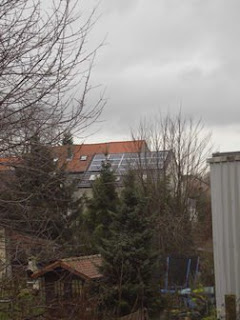 I have a reef aquarium that consumes a lot of electricity. In order to cut my electric bill and thanks to local subsidies and regulations, I decided to install photo-voltaic panels on the southern part of my roof. The planning of the system was executed by Planet Eco. 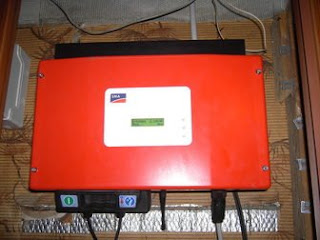 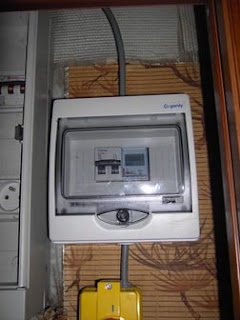 the official 'green' current meter for getting subsidies
As an extra, I bought the wireless 'SunnyBeam' module. Once the wireless piggyback is installed on the inverter by a professional, the SunnyBeam offers a clean way to monitor the electricity production of the solar panels. The SunnyBeam itself uses solar energy to charge its batteries. The device maintains a detailed graph of the production for one day and the detailed total production for the last 31 days. 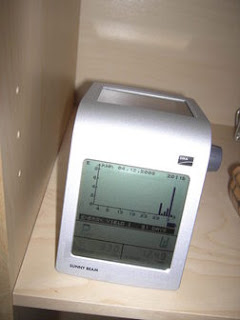 The connection from the inverter to the SunnyBeam is over wifi, although a proprietary protocol is used. There is also a USB connector, but unfortunately, only Windows drivers are available. The "Sunny Data Control" software is needed to retrieve the data over USB, but the software's interface is rather overloaded and non-intuitive, especially for small-scaled needs. You really need to delve into the manual to get started.

There's a question on the solar forum called solar panel talk regarding the sunny data control and I was hoping you could help.

Here is the link: http://www.solarpaneltalk.com/showthread.php?p=3483#post3483