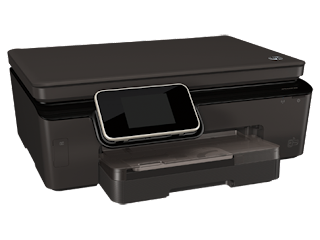 I bought an HP Photosmart 6520 printer as it is known to be well supported under Linux (http://www.matthartley.com/buying-a-printer-for-ubuntu/). Unfortunately the standard HPLip tool in the Elementary OS Software Center (actually the Ubuntu SC) has no support for this printer yet.
But you can directly download the latest hplip from http://sourceforge.net/projects/hplip/ and simply run it in a terminal.
With Ubuntu 13.04 this works flawless, but under Elementary OS it complained about some missing dependencies. By executing the following steps I could get the latest hplip tool running:
Now the hplip script should work fine (I selected "Ubuntu" and "13.04"):
You can install your HP printer with a USB connection:
or add a networked printer with (modify the command with the ip-adres of your printer):
My HP printer is now fully operational, including the integrated scanner.
Don't forget to remove the root password afterwards:
Posted by Michaël at 12:01 262 comments:

I had some trouble to get the smartcard api working within Java Applets in Ubuntu 13.04 using the Firefox browser.

After some experimentation, I managed to fix this issue. The fix is in 3 parts:

If you now restart Firefox, the smartcard API for Java Applets should work.

source: https://lists.launchpad.net/openjdk/msg07864.html
Posted by Michaël at 19:34 No comments:

USB-charging the Nexus 4 on Windows 7

There is a bug on Windows 7 that prevents the Nexus 4 to charge when it's connected to a USB port. The problem seems to be related to the latest Nexus 4 update in combination with the Windows USB driver. Luckily there is a workaround to this problem: simply disable MTP mounting on the Nexus 4:


The Nexus 4 should now charge when plugged into a Windows 7 computer.

I'm currently running Elemantary OS on a Medion E1210 (Akoya) netbook as ubuntu became too heavy. The netbook has been upgraded with a 128GB SSD from Kingston and is operating very smooth considering the limited cpu. One small problem remains: my Nexus 4 only mounts as a "Media Transfer Protocol' device (MTP) instead of the classical USB Mass Storage device.
Luckily, it's very easy to add MTP support to Elementary OS by executing the following commands in a shell :
After reboot, the nexus 4 was mounted properly.
source: http://jaisejames.wordpress.com/tag/elementary-os/
Posted by Michaël at 13:55 No comments: